I looked through a lot of net-net's lately and didn't find all that much. On Zacks.com I screened for ones with zero long term debt. That diminished the universe of them along with ignoring all Chinese ADR's. So far this company called The LGL Group ticker LGL founded in the year 1917 seemed the most intriguing. Mostly because the company and stock price has not always struggled. The stock preformed very well in 2010.The company has $9.9 million in net current asset value and a market cap of just $8 mil. $5.4 mil of the net current asset value is cash. The company is not profitable. The last year of profitability was 2011. I put it sort of in the category of Emerson Radio MSN a perennial net because they are both electronics companies. MSN by the way is now selling for less than half of its net current asset value and is profitable. 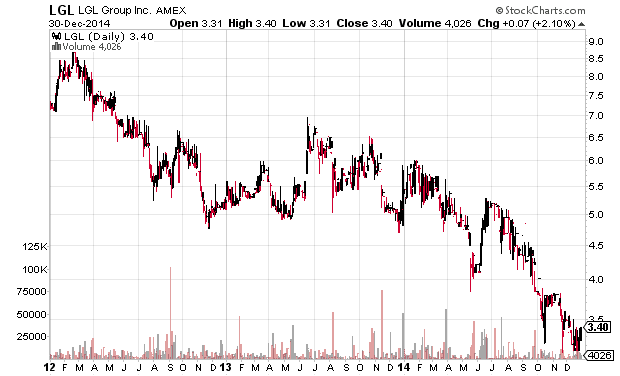