Direction of the Dollar

The US Dollar has been on a serious bull run lately. No doubt macro forces via the FED's guidance on rate raising are behind it. Since late January the USD has been consolidating. I've been waiting to see what becomes of it. Well folks it has formed a beautiful symmetrical triangle consolidation. A very clear one. I can't remember the last time I've seen such a clean symmetrical triangle on an index or commodity. Maybe gold in 2009. I mean it's that clean and pretty! Below is a chart of gold I drew up in 2009. 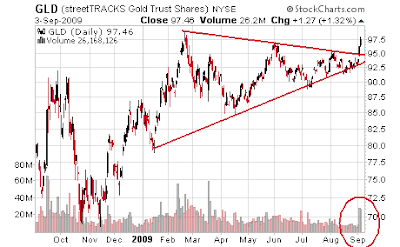 Image above from this old article on gold.
The USD has now spiked up off the tip. The chart says Bullish with a capital B. I expect a breakout over the highs and more gains. Here is the chart of the dollar. I've been long the dollar with the ETF UUP. 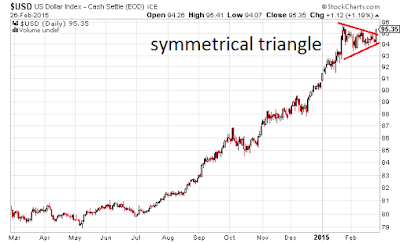 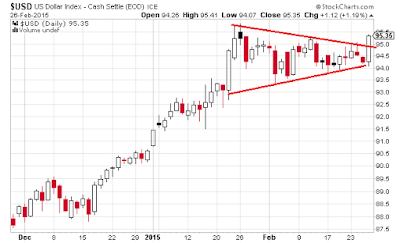